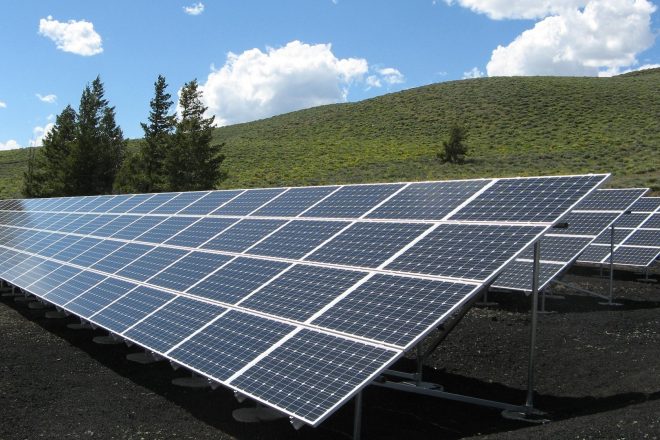 The investment will be made via a combination of debt & equity: a subscription to a €30 million bond, listed in the ExtraMOT of the Italian Stock Exchange, and an equity investment of €5 million in order to acquire a minority stake in the Group. This will support the company’s financial requirements in order to fund a pipeline of investment in the US, South Africa and East Europe.

Building Energy is a global independent renewable power producer (IPP) established in Milan in 2010 by an experienced group of entrepreneurial managers with long-standing experience in the energy sector and present in four continents. Building Energy is headquartered in Italy but serves mainly foreign markets, in particular South Africa and the US. In addition to the plants already directly or indirectly developed and constructed in Italy, the group has expanded strongly in international markets where the development of renewable energy offers the greatest potential. Their integrated business model is based on the direct management of almost the entire value chain, including: development of greenfield and brownfield projects, EPC, Operations & Maintenance, IPP, and sale of assets. The company currently has a total pipeline of 2.200MW in 24 countries and assets under construction of 430MW, which positions it as one of the major players in the renewable energy field worldwide. Prior to the Three Hills deal, the company was 67.8% management controlled, with the remaining 32.2% owned by Synergo, an Italian Private Equity fund.

Fabrizio Zago, CEO of Building Energy commented: “The collection of new resources will help us increase the financial flexibility of the company and accelerate growth in the US, South Africa and Eastern Europe, the markets in which the company operates numerous facilities in development and construction. We recently won bids internationally for the realization of one of the largest biomass plants in Africa with 16MW, as well as a 140MW wind farm, a 4.7MW mini-hydroelectric in South Africa and the first 10MW solar park in Uganda. In addition, in the coming weeks we will begin the construction of a 30MW wind farm in Iowa, the second phase of the solar installations at Cornell University in upstate New York, as well as a 45 MW solar plant in Panama. These projects form part of our development pipeline, which currently stands at more than 2000 MW.” On Building Energy’s partnership with Three Hills, Mr. Zago added: “The collaboration with Three Hills Capital Partners is the result of an intensive joint activity of our teams. In THCP, we found a rare ability to understand the dynamics of a company like ours that operates in a complex and global market. I am confident that this investment will be the beginning of a fruitful partnership that will bring much added value to our respective realities.”

Mauro Moretti, founder and Managing Partner of Three Hills Capital Partners, commented: “The investment in Building Energy is a testament to the focus of Three Hills Capital Partners in identifying and supporting success stories, led by ambitious management teams with a strong commitment to international development. We are determined to support the vision of Fabrizio Zago and the team around him that in recent years has managed to build a unique integrated business model in the renewable energy sector with strong exposure to emerging markets. This is the fourth investment for THCP in the last 18 months and we are working very actively on 2 further transactions that should be finalised over the next 8 weeks.”

The legal advisers on the transaction were Linklaters on behalf of Three Hills Capital Partners, and Chiomenti on behalf of Building Energy. Clifford Chance acted as advisers on the structuring side and they also provided legal due diligence to the Group. PWC acted as an adviser for accounting, tax and corporate finance while Invest Africa acted as business adviser.

Building Energy is an independent power producer from renewable sources on 4 continents. The company is vertically integrated in the value chain, from development projects right through to the sale of energy. Building Energy has a total pipeline of 2,200 MW in more than 24 countries, with 430 MW of generative assets under construction in the next two years. This schedule positions it as a major player in the international renewable energy industry. For more information visit www.buildingenergy.it

9 July 2019 – THCP supports Sigma in the acquisition of Thompsons

29 March 2019 – THCP completes exit from its investment in Aquafil, sold 5.75% to institutional investors

24 April 2018 – Magnaghi Aerospace Group completes transformational acquisition in the U.S. with the support of THCP