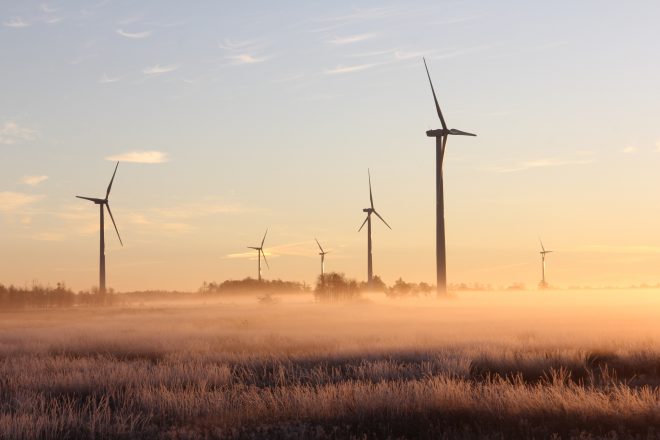 Building Energy, multinational company operating as Global Integrated IPP in the Renewable Energy Industry, in partnership with Distributed Sun, has announced the inauguration of two new solar arrays on the rooftops of two buildings of the Cornell University campus – Klarman Hall and the School of Human Ecology – further enriching its portfolio of plants for the prestigious US University.

Thanks to the project developed by Building Energy and Distributed Sun, Klarman Hall, the newest addition to the College of Arts & Sciences, now has 64 solar photovoltaic panels installed on its rooftop, contributing to its LEED certification and climate action goals. The solar array will produce approximately 20 megawatt-hours of clean electricity each year. The School of Human Ecology, the first building to be LEED Platinum Certified on campus, also hosts a new rooftop solar system. With 228 panels installed, the system will generate 70 megawatt-hours of solar power annually.

The recent solar installations do not represent the only project that the company has developed for Cornell University. The College of Agriculture and Life Sciences (CALS) is also celebrating the 2.8 MW, ground-mount solar facility just constructed for its use, and follows the 2 MW solar installation near the Ithaca Tompkins Regional airport on Snyder Road. The Geneva project will produce over 3 GWhours during its first full year of operations, or 40% of CALS’ annual demand. Geneva will be followed by solar installations at Musgrave and Harford in 2016. Altogether, Cornell’s solar power commitment will reduce CO2 emissions by more than 250,000 metric tons over the next 30 years.

Building Energy owns and operates the solar arrays with its partner Distributed Sun. Additional funding for the solar projects was provided by the New York State Energy Research and Development Authority. The NY-Sun Initiative helps to grow and multiply the renewable energy market and align with its Southern Tier mission to acquire 2% of regional energy from solar PV in the next 20 years.

“We’re very proud to inaugurate these new solar rooftop installations and to help Cornell University meet its carbon reduction goals through the construction of energy-efficient buildings.” – said Fabrizio Zago, Building Energy CEO – “During the past years, Building Energy and Cornell University have developed a long-standing and profitable collaboration, allowing the prestigious institution to develop a wide portfolio of renewable energy projects and cover part of its power needs with clean energy. This relationship is constantly growing and other projects, such as a new solar plant for the College of Agriculture and Life Sciences, are in fact currently developing, but we still look forward to further opportunities to work together.”

Building Energy is a multinational company operating as Global Integrated IPP in the Renewable Energy Industry on four continents. The company is vertically integrated on the value chain, from the development of projects to the sale of energy. With a pipeline in 24 countries with over 2,500 MW and generative assets being built over the next two years for more than 800MW (the Near Notice to Proceed and Backlog projects), the company is positioned to be one of the major players on the international scene in the renewable energy field.