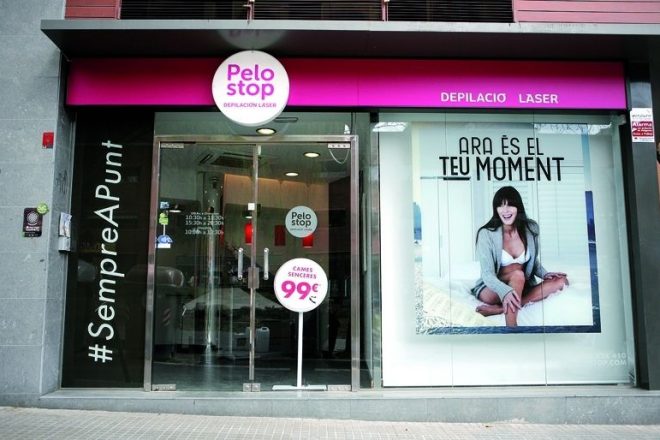 Three Hills Capital Partners (“THCP”) is pleased to announce the closing of a €15.0 million preferred capital investment in Pelostop (the “Company”), a leading provider of laser hair removal services headquartered in Barcelona.  The deal was financed c. 80% from THCP’s second fund, while the remaining capital was provided by Es Vedra Capital Advisors (“EVCA”), an advisory firm focussed on providing growth capital to companies in the consumer, retail, technology, and medical sectors.

The investment will be made via a combination of debt and equity, including a €12.1 million loan and a €2.9 million preferred equity investment, to acquire a 12% equity stake in the Company. The capital provided will allow the current shareholders to consolidate their ownership of the Company as it embarks on a roll-out plan to further grow its brand.

Founded in 2005, Pelostop is a ‘pure play’ laser hair removal chain in the Spanish market, operating 57 owned stores principally in street-side locations. The Company is truly trans-peninsular, with locations in cities such as Madrid, Barcelona, and Seville, among others. Since its founding, the Company has served over 110k clients, making it one of the larger laser hair removal chains in the country.

Francesc Casanovas, CEO of Pelostop, commented: “This transaction has allowed the current shareholders to reinforce their ownership of the Company, and has provided additional resources for our planned expansion during the next five years. During this new era, we will confront the tasks facing the Company with the support of our new partners, whose backing in this project we very much appreciate. We are confident that we will achieve the objectives we have set out for ourselves.”

Lance Contento, Investment Manager at Three Hills Capital Partners, commented: “It has been a pleasure to work with Mr. Francesc Casanovas and Mr. Luis Jonama over the past few months to finalize this transaction, and we look forward to serving as their partners moving forward. We believe that they have done an exceptional job building Pelostop into one of the strongest laser hair removal chains in the Spanish market, and we are excited about the Company’s many opportunities to grow further over the coming years. At Three Hills Capital Partners, we strive to partner with capable, driven management teams, and we have no doubt that we have found just such a duo in Mr. Casanovas and Mr. Jonama.“

Mauro Moretti, founder and Managing Partner of Three Hills Capital Partners, commented: “The investment in Pelostop marks the first step for Three Hills Capital Partners in Spain, a market that we have been studying and analyzing for the last two years, which is now becoming a core market for us. Our partnership with Pelostop’s management has been a key ingredient for this first deal in Spain and we look forward to identify other successful Spanish entrepreneurs to back in the coming years.”

Montalbán Atlas Capital acted as exclusive financial advisor to Pelostop for the transaction. The legal advisers were Cuatrecasas on behalf of Three Hills Capital Partners and Es Vedra Capital Advisors, and Alentta Abogados on behalf of Pelostop. E&Y acted as adviser for commercial and financial due diligence.

Pelostop, a company founded in 2005, is a leading provider of laser hair removal services in the Spanish market, one of the most developed beauty markets in the world, and currently operates 57 stores. In the past ten years, the Company has served over 110k clients, making it one of the larger laser hair removal chains in Spain.