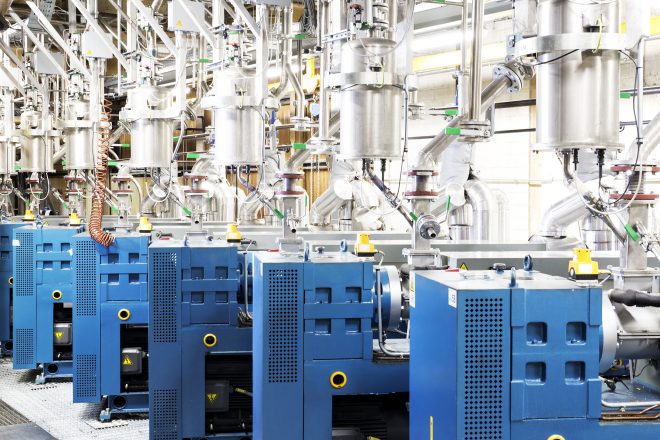 Three Hills Capital Partners is pleased to announce that following the Extraordinary Shareholders’ Meeting of Space3 S.p.A (“Space3”) – the largest SPAC listed on the regulated market for investment vehicles managed by Borsa Italiana – the shareholders have approved a Business Combination and Merger with Aquafil (“Aquafil”, or “the Company”), a Three Hills Capital Partners portfolio company.

Aquafil is a leading global producer of synthetic fibres used in the textile, flooring, and clothing industries. The Company is present in 8 countries across 3 continents, has 14 production plants, and employs more than 2,700 people. Aquafil is recognised worldwide as a leader in R&D and innovation, as evidenced by its successful ECONYL® Regeneration System, which is the first Nylon 6 fibre made from 100% regenerated waste material. Aquafil has consistently demonstrated a strong commitment to research into sustainable models of production.

Funds advised by Three Hills Capital Partners (“THCP”) initially invested in Aquafil in 2009, when Aquafil was generating c. €35m of EBITDA. Since then, the Company has delivered excellent financial performance, with FY16 revenue and EBITDA of c. €482m and c. €65m, respectively.

THCP has led investments in the Company of more than €145m since 2009, providing flexible capital solutions across four different transactions that supported the growth of the Company, including the opening of a plant in Slovenia to develop the ECONYL® Process, and a plant in China to serve new markets. THCP has also supported the CEO, Giulio Bonazzi, in consolidating the Company’s shareholder base.

Following today’s announcement, a full exit of THCP’s 2014 round of financing is envisaged as well as the repayment of the capital invested in 2016, representing the first liquidity event for Three Hills Capital Partners’ second fund.

Due to the continued strong belief in the management team of Aquafil, THCP has decided to retain an equity stake at the listing date.

Giulio Bonazzi, Chief Executive Officer of Aquafil commented: “After an extremely productive and successful cooperation with Three Hills Capital Partners, which believed in and supported all of Aquafil’s latest endeavours, such as our investment in China and the development of the revolutionary ECONYL® regeneration system, we are now ready to reach even greater, more ambitious goals. We are happy to announce that today the shareholders meeting of Space3 has approved the business combination with Aquafil, pursuant to which we will enter the Italian stock exchange market. We look forward with great enthusiasm to working with our new partners, and are confident that this step will allow us to keep growing fast and to become a role model in the circular economy system.”

Mauro Moretti, founder and Managing Partner of Three Hills Capital Partners commented: “It is not easy to summarise in few lines the amazing journey we have undertaken with Giulio Bonazzi, and the outstanding team around him, since 2009. It started with the support Three Hills Capital Partners gave them in financing their visionary ECONYL® project, and from there we have structured several rounds of financing to concentrate the shareholder base and continue supporting one of the most impressive management teams we have worked with. We are honoured, both professionally and personally, to have supported and witnessed what is today a case study in how to become a market leading business in an environmentally sustainable way. We are delighted to support Aquafil’s transition to becoming a listed entity, and look forward to supporting its continued success as shareholders.

After the exit of Dedalus in 2H 2016, Aquafil’s success story is another example of Three Hills Capital Partners delivering against its core mission: to support successful entrepreneurs who are looking for smart financing solutions, as well as an institutional partner to help them deliver their growth plans.”

For over 50 years, Aquafil has been one of the leading players, both in Italy and globally, in the production of Polyamide 6: a landmark in terms of quality and product innovation. Additionally, the Group is a leader in the research of new production models for sustainable development. This commitment to research and development leads to the regular renewal of processes and products thanks to continuous investments of capital and knowledge.

9 July 2019 – THCP supports Sigma in the acquisition of Thompsons

29 March 2019 – THCP completes exit from its investment in Aquafil, sold 5.75% to institutional investors

24 April 2018 – Magnaghi Aerospace Group completes transformational acquisition in the U.S. with the support of THCP